A 3-day snowy interval was underway at this time last week, bringing over 50 cm of snow on Tuesday to Lava Tower camp at the 4,600m level - and ending an extended dry period. This snow required some climbers to turn back, according to Simon Mtuy at Summit Expeditions, as continuing up the mountain became too difficult. We hope to post photos of the event here shortly.

At the summit, snow began accumulating on Sunday the 13th and continued into the 16th. Telemetry indicates that the event brought somewhere between ~19 and 28cm to the glaciers. Through noon today (local time) the new snow had settled and ablated by 5-10cm, over the past ~5 days.

[UPDATE 3/4:  Below are a couple images as the event was beginning. The first illustrates slight accumulation around the two stations on the first day of snowfall. The lower image is a view of Birafu Camp on the second day. The heaviest snowfall came the next day, which some guides describe as the most they can recall in ~4 years. Both images courtesy of Clavery Tungaraza] 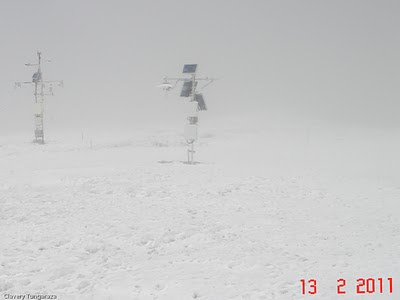 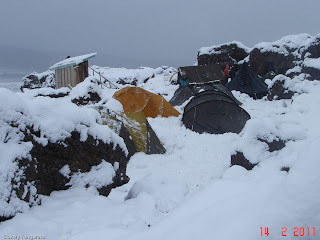