Snowcover at the end of August 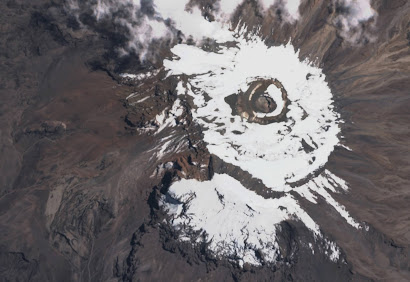 Snowcover in the caldera has been decreasing through August, and is now at roughly 75% by area. The image above was acquired by Sentinel-2 on the 26th. Although it now appears possible to reach Stella Point without ascending on snow, considerable snow remains in some places, such as to the east of the Northern Icefield.

During the boreal summer months of June-August, when the sun is in the northern hemisphere, less solar radiation is received on any slope inclined to the south. Note the extent of snowcover remaining on the mountain's southern slopes (above). This area coincides with where the Southern Icefield used to exist - illustrated below during Walter Mittelholzer's flight over the mountain in January 1930. Whereas most of the white area in 1930 is snow over glacier ice, very little ice remains on the south side in 2020.

(Preservation of seasonal snow on the south side is not solely a function of aspect. The spatial pattern of snowfall on the mountain between November 2019 and June 2020 is not known (and was likely not uniform), and snowcover retention is also governed by the seasonal distribution and extent of cloud cover.) 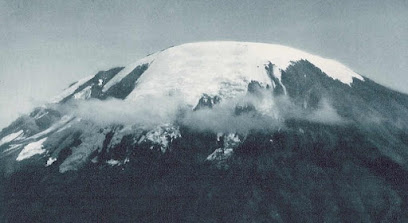 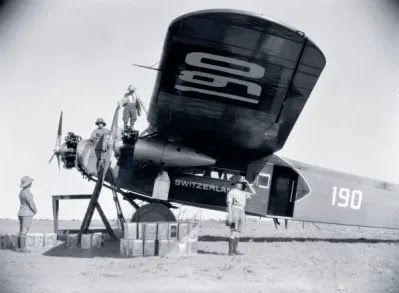