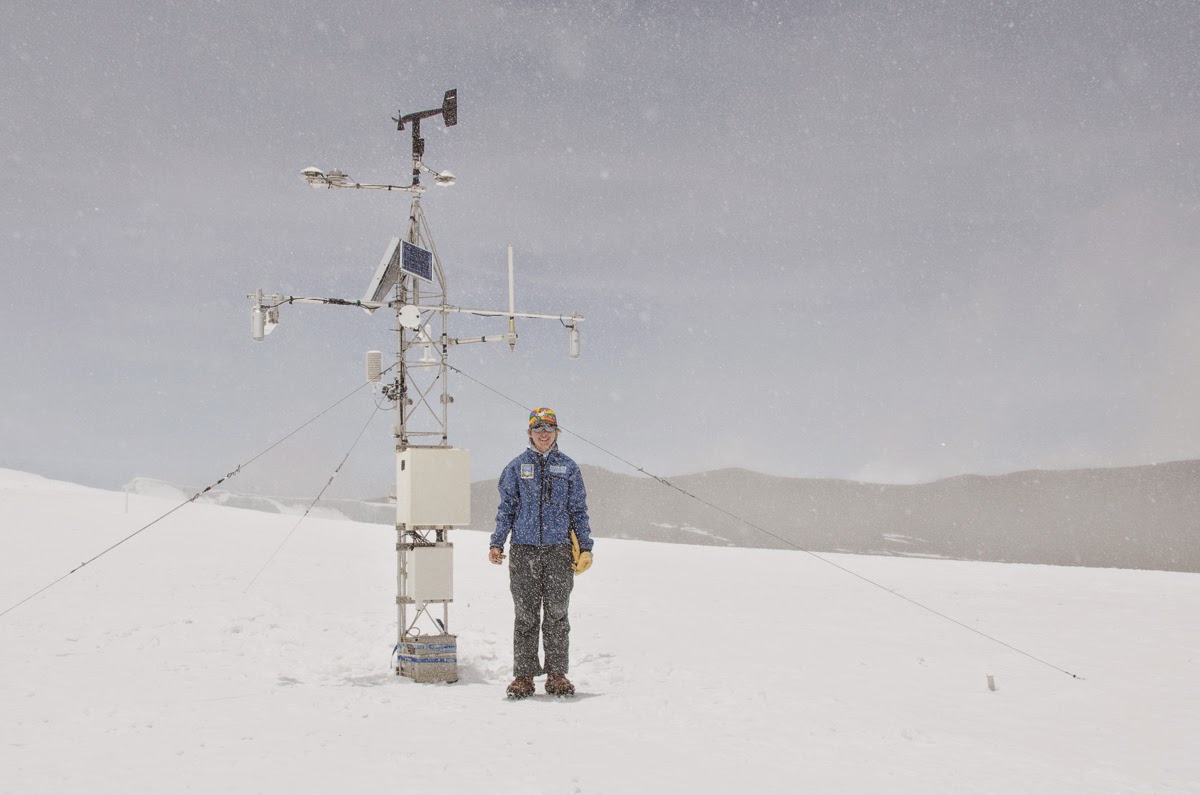 We spent 4 days in September at the Kibo AWS and on summit glaciers. Details and photos of the fieldwork will be posted in early November, as additional fieldwork elsewhere is underway until then.
A preview of our findings is provided by the image above, taken during an afternoon snow squall. These were real snowflakes, rather than the more-typical dry-season graupel. Two days earlier during our ascent to the crater, our windward sides became 'plastered' with rime. Snowfall that day and into the night left a thin blanket even below Lava Tower - to perhaps 4,400 m - and this endured for more than 24 hours. The dry to wet season transition was underway.

Comparison of this image with those from October 2013 (4th image here) shows a positive mass balance at the AWS site - which of course is why the glacier surface albedo here is so high. Snow accumulation near the AWS varied slightly according to our network of ablation stakes, yet we documented considerable variability at a larger scale; to the east we found one location with more than 1 m of residual seasonal snow, yet mass balance was decidedly negative on the Furtwängler and south-side glaciers.

Also to be discussed in greater detail is new evidence for sub-glacial melting!
Posted by admin at 10:46 AM