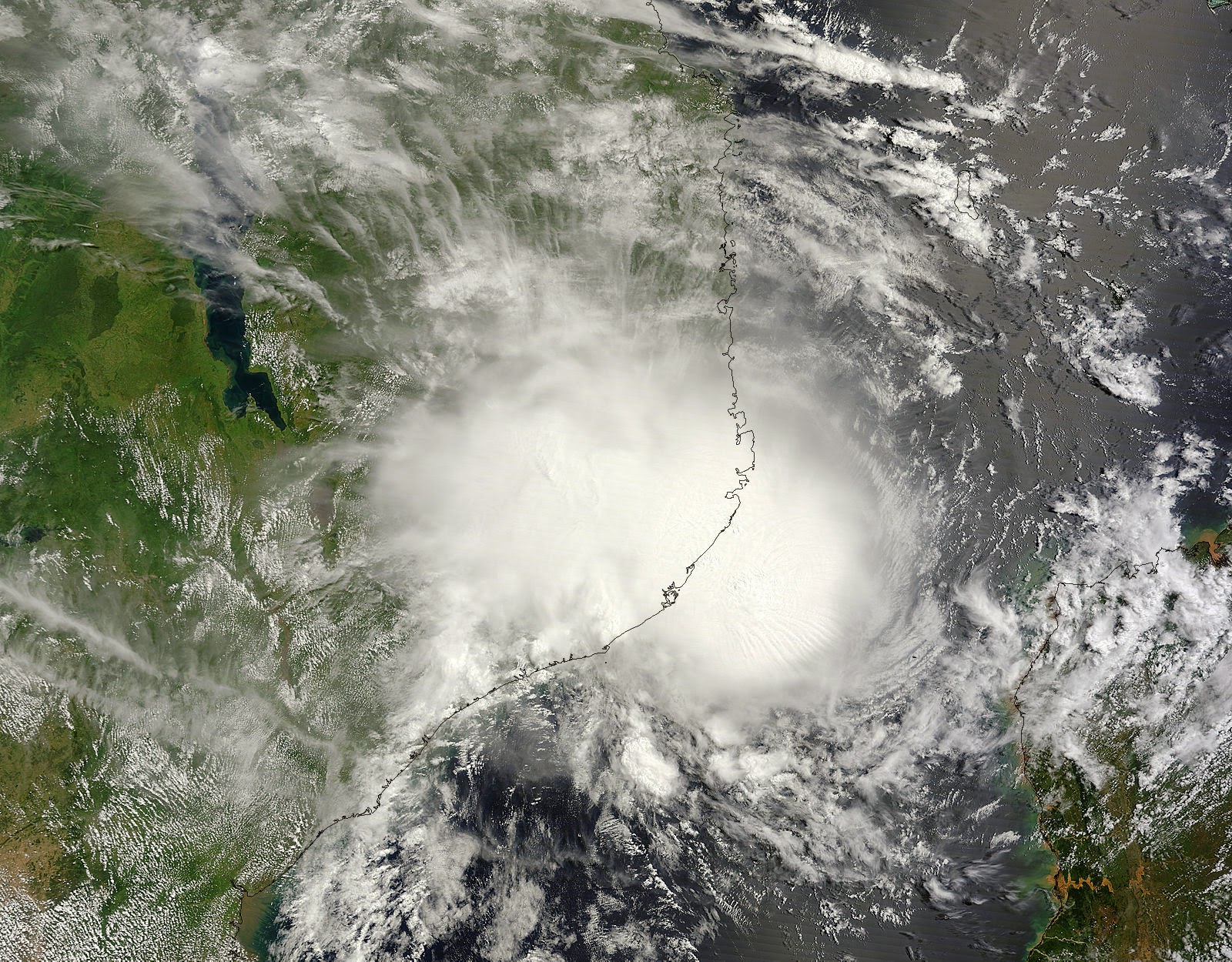 Tropical Cyclone 15S is currently in the Mozambique Channel, as shown by the image above from NASA's Terra satellite processed by the NASA Goddard MODIS Rapid Response Team. The image was acquired at 10:40 East Africa Time on March 6th.

Forecasters at the Joint Typhoon Warning Center anticipate 15S wind speeds to increase over the next few days. The duration that the cyclone remains over warm water may determine the impact on Kilimanjaro. We will provide an update next week!

[UPDATE 3/11:  No apparent influence this time. Mid-tropospheric circulation to the north (i.e., Kilimanjaro) seems not to have been substantially influenced by 15S, and westerly flow never developed. We'll keep an eye on future cyclones this season.]
Posted by admin at 5:21 PM